When this summer began, I never expected our activities would bring us closer to the world of dog training.  It also brought me a new friend, Kate Bucci. She is the owner of the KC-K9 Academy. She specializes in training, nutrition and more. One of her top programs is her Board and Train.  It’s immersion training for your dog to learn discipline in a matter of days. Contact her on her website or call 608-206-6396. 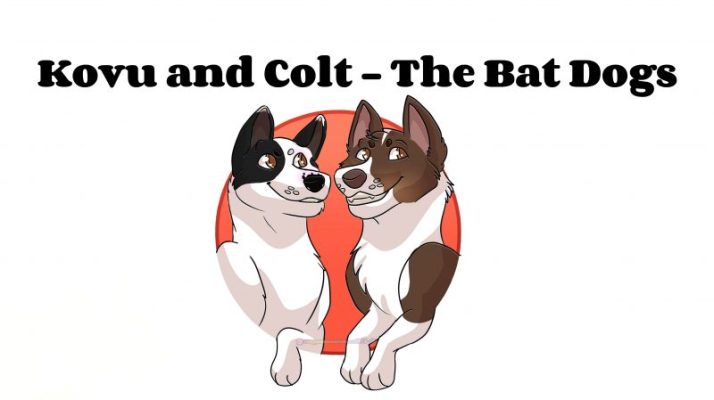 Let’s start at the beginning, with the Madison Mallards Baseball games. We went to the opening season game on May 28.  Kate brought both of her Border Collies, Colt, and his younger one-year-old brother. Kovu. They are three litters apart. Colt is four years old. It was our first time seeing Kovu at the game. We didn’t see him last year but he actually did his first bat retrieve at only 7 months old!

We are seated in Section 101 in the front row with a perfect view of the dugout and home plate, just beyond the net. Here is Kovu waiting for the signal to retrieve the bat. 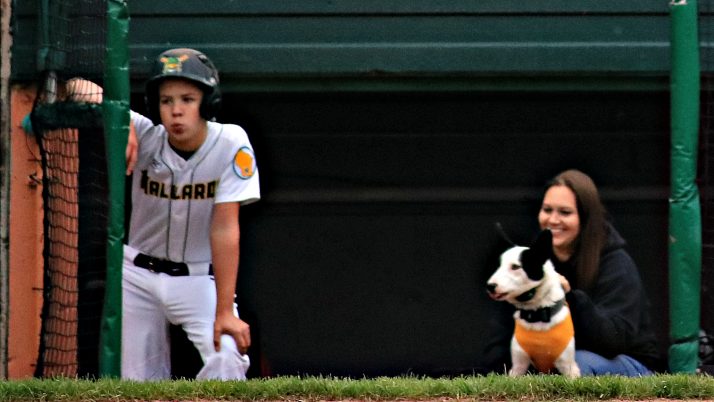 Colt was just as excited, he did a little flip when getting the bat. 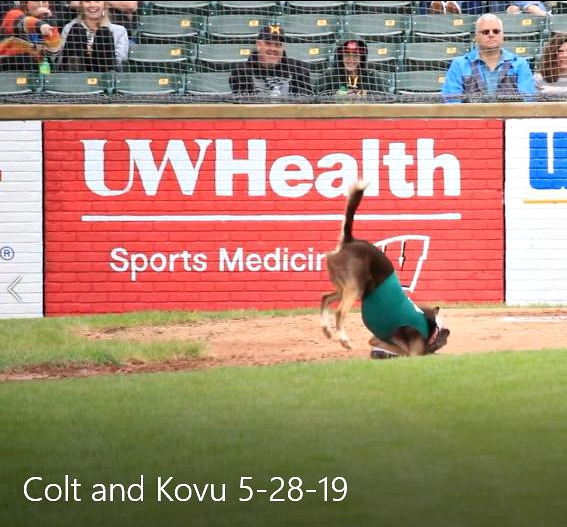 We were at three games where at least one of the dogs retrieved the bat.  See the video here of their work!

They made the games extra special, and the bat boy didn’t mind sharing the duty with a couple of cute pups!

Midsummer brought us to the Wisconsin Brewing Company in Verona for Sunday Funday. This event was a fundraiser for the Capital K9s of Madison to get protective goggles for all of the police dogs.

Kate could not make it but Al and I could. It was a lot of fun to see so many dogs out on the patio.

The best part was the K9 demo, showcasing their skills.

There were not quite enough funds to get the Rex Specs. Kate then teamed up with Focused Dog Training and covered the remaining cost. The dogs were presented with their protective goggles on Sept 4th. Good job!

The Mallard games being over, we went to to see Kovu do his favorite sport, dock jumping into a pool.  The company running this event is Pier Pups, and it was held in the parking lot of Petlicious Dog Bakery and Pet Spa. It was our first time going to one of these competitions and it was really fun! 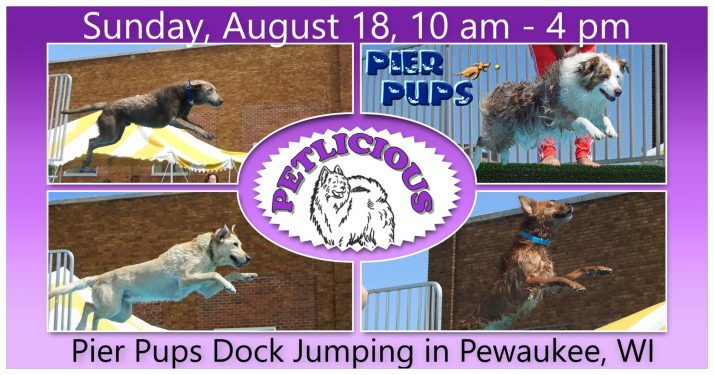 Kovu won a 3rd place ribbon for his efforts. Such a good boy!

See the video of his 5 jumps at this event.

During the “Grab It” competition, Kovu must catch a toy in mid-air during the jump. Here is a shot I got of that.

Kovu did achieve winning his Dock Diving Title by September 15. Way to go! 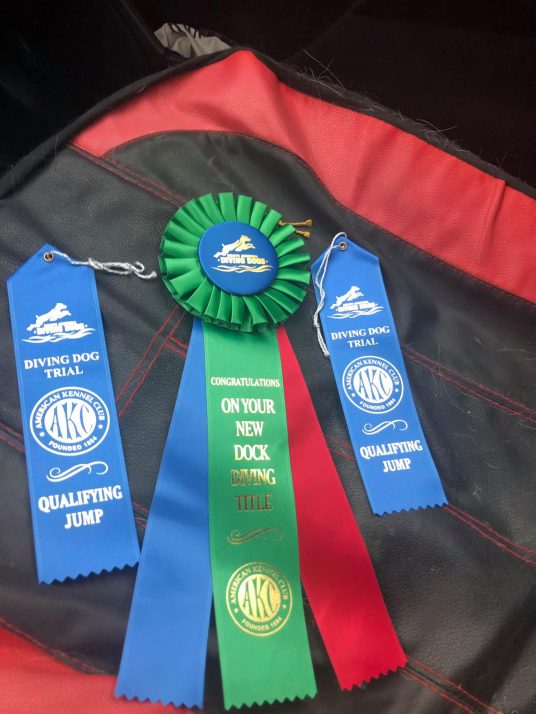 We are so proud of Kovu’s achievement. I shared my video footage with her and she produced a video showcasing all of his jumps leading up to the title.

Kovu is not the only one with talent. See Colt do the Git Up Dance by Woody from Toy Story 4. So cute!

And this concludes our 2019 adventures with Colt and Kovu. We look forward to next summer!