The last time we were in Columbus for July 4th was in 2012 so we decided to go back.   The parade started at noon and it was wonderful! It lasted nearly two hours. The Parade Marshalls. (click to enlarge)

After the parade we headed to Fireman’s Park where all of the festivities were taking place. There was a carnival also, Mr. Ed’s Magical Midways. 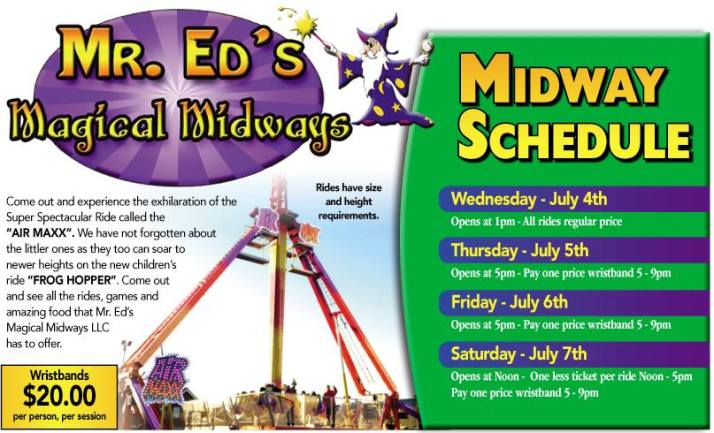 The main attraction that drew us here was the First Brigade Band from Watertown. They were in the parade. They are a Civil War-era band, complete with instruments that were played in the 1860’s.  We knew about them but never saw them perform before.  See them below.

At this point, rain was threatening. The next show was Ballet Folkloriko Mexico.  They were also really good, but it began to rain half-way through their performance and they had to cut it short. They had someone also getting video, but they had to stop because of the rain. I held my hat over my camera to keep it dry! You can see my video below.

And that was the conclusion of our July 4th celebration in Columbus. We had a wonderful time here today! Let freedom ring!