Sturgis  is a city of 6,627 in Meade County, South Dakota and is known as the City of Riders.  That’s because it is the ground zero for motorcycle riders and a HUGE motorcycle rally. We made this one of our stops on our way to Wyoming and wanted to see it since a friend of mine has been there.  Sturgis is best known for their big Motorcycle Rally every August. Sturgis also has a radio station that follow the rally, KNKL.

The first order of business was having lunch. The place that was recommended to us was Jambonz   Grill and Pub.  The owner Sheree Schriver came out and chatted with us a few minutes while we waited for our food, which was delicious!  Al had a club sandwich while I had the catfish, yum! 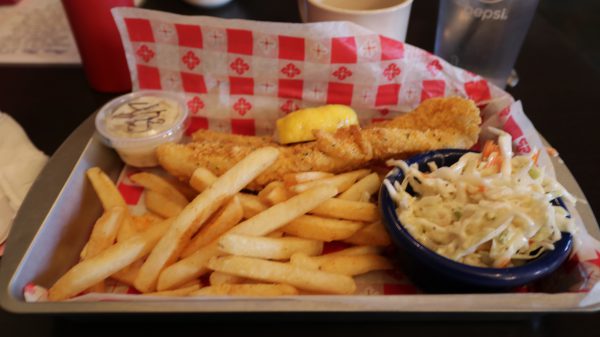 A couple doors down is Sturgis Guns, an employee there told us about Jambonz, thanks!

Just down the street is a historical marker dedicated to Charles Nolin, a Pony Express mail carrier. He was ambushed and killed here by Indians on August 19, 1876.  This was still a very dangerous territory then.

After lunch we spent about 1/2 hour exploring downtown. Sturgis want people on the highway to know what community they are passing, so they put “STURGIS” in large, friendly white letters on a nearby hillside.

Downtown is the Sturgis Motorcycle Museum. On the left side of the building is a poster of a photo taken during the motorcycle rally.  The street is FULL!  This is the community’s biggest event of the year.

On the other side of the building.

There is a lot going on here, some landscape work being done, new curbing and other improvements being done. See here for the many places to shop in Sturgis.

On our right is the historic Sturgis Armory building. 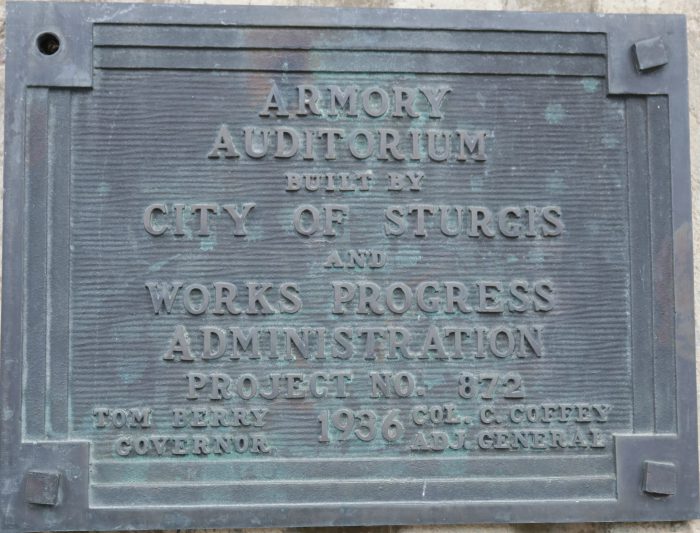 In front of the armory is a sign describing the bricks in front of it. It is the Sturgis Brick Project.

The city is in the process of replacing the sidewalk with engraved bricks. They are off to a good start! 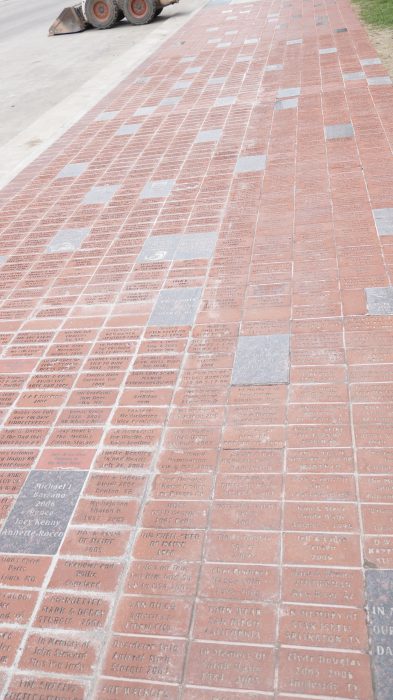 The historic bank building on the corner of First and Main, built in 1886.

Love this view, the motorcycle museum would be on your right. The Knuckle Saloon is on the left. 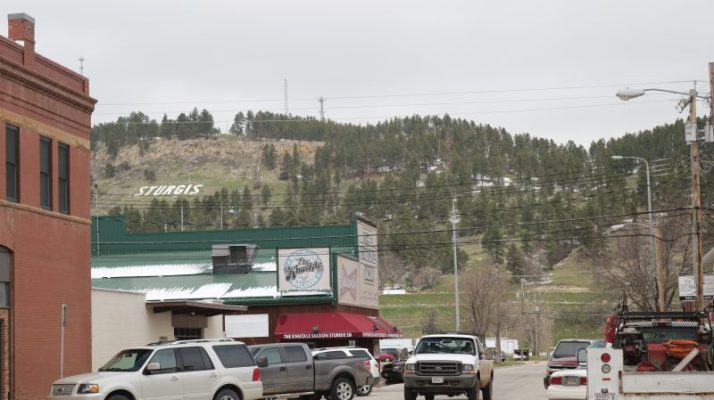 As expected, there are tattoo parlors here, more than one. Sturgis Tattoo in a historic hotel building and The Tattoo Cellar. Since we have no tattoos and have no knowledge on the subject, read this article first before deciding where to go.

There are many places to get a souvenir downtown on this block. 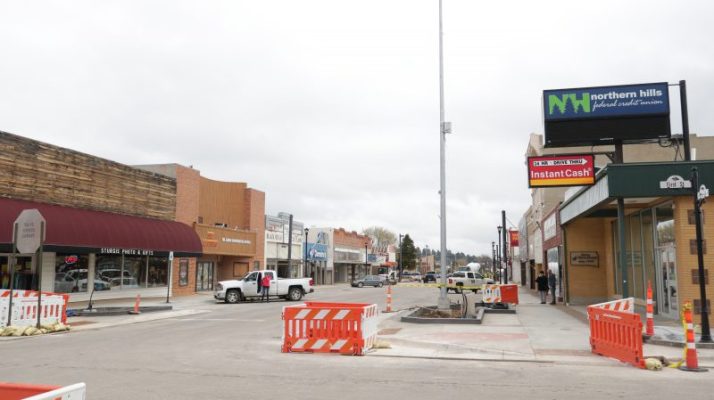 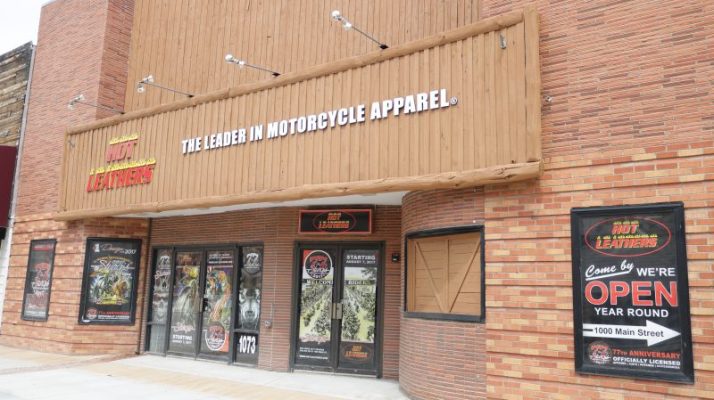 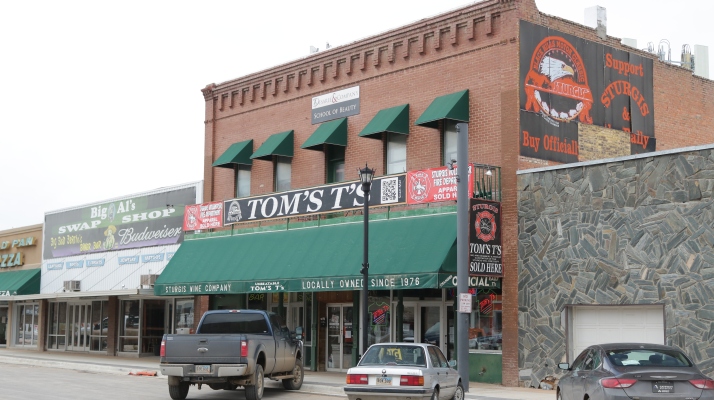 And now for motorcycle dealerships.  Sturgis has a Harley Davidson and Indian Motorcycle. We never saw them before!

It was time to go, we had a great visit in Sturgis, friendly people and a biker atmosphere.

One thought on “Sturgis-City of Riders”