The Mammoth Site is one of the must-see places to visit in Hot Springs.  The first thing you see is a mammoth and the sign in the lawn, beckoning you in. 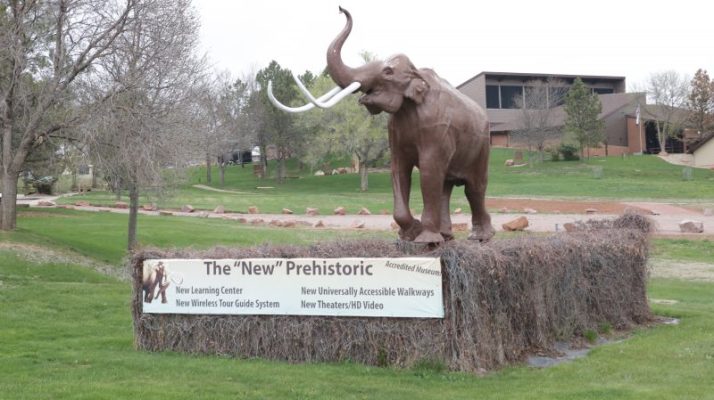 Nearby at the edge of the road is a marker too.

A walkway with informative signs lead to the spacious building enclosing the dig site from the weather.

Upon entering the building we see an enormous Mammoth skeleton! It was found in Kenosha County, Wisconsin.  Wisconsin also had Mastadons. we saw the Mastadon site in Boaz, WI a few years ago.

We arrived about 3:00 so we only had 2 hours so we were sure the guided tour included in our admission would give us a good overview.  Read brochure for hours here.

The site was discovered in 1974 by heavy equipment operator George Hanson.  A new housing development was slated to be built on the site. He began grading a small hill and struck bone. He halted work immediately and brought the bones he inadvertently excavated to his son Dan, who had taken archaeology and geology classes. Dan also called his former professor Dr. Larry Agenbroad  and invited him to come examine the site. He arrived a week later and confirmed this was a major find! The land owner, Phil Anderson sold the land in 1975 so the work could continue. To this day, 62  mammoth skeletons have been discovered.  The building housing the site was completed in 1986.

Our tour began with a 10 minute film, our guide Riley did a fine job.  See our tour here first hand.  After the film our group went to see the dig site. Riley took us around the pit, stopping at 5 vantage points and showing us many of the well-preserved bones.

After the tour we could explore the other exhibit rooms adjacent to the dig area. There was only time to see the Ice Age Exhibit Hall before they closed.

A Woolly Mammoth Bone House replica is here too. I apologize for the blurry 2nd pic.

We sure had a lot of fun here.   Our guide Riley did a fine job on the tour and explained everything well. Be sure to budget time for a visit here if you come to Hot Springs! 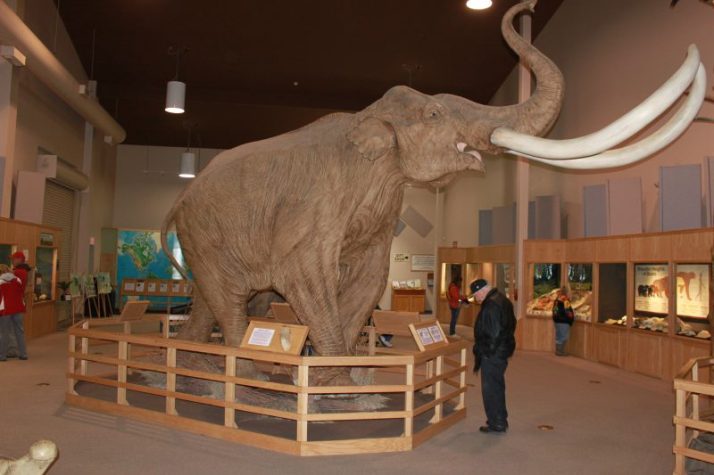 One thought on “The Mammoth Site in Hot Springs, South Dakota”