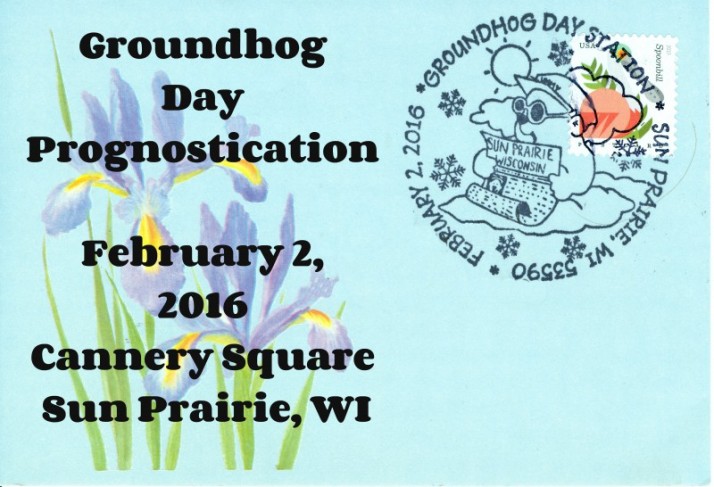 In 2015, Sun Prairie received unfavorable national attention when their groundhog Jimmy BIT the Mayor’s ear when he was “listening” for the weather prediction.  THEN, it was discovered that the new Jimmy caretakers Jeff and Ti Gauger didn’t have permits to own a groundhog.  They do, however, own Beans n Cream Coffeehouse in Cannery Square. Jimmy was then released into the wild in May. Sun Prairie no longer had a groundhog and Groundhog Day 2016 was coming!

It was time to regroup and appeal to the citizens of Sun Prairie and get their ideas on what to do to save Groundhog Day. One idea is to have a groundhog “understudy”, either an animal or person to cast the shadow in place of Jimmy and have a lot of Groundhog Day spirit!  The Sun Prairie Downtown BID (Business Improvement District) sponsored the contest.  Facebook users submitted their ideas and all interested people were then able to vote for their favorite candidates.

On January 30, the winner was announced.  Five-year-old Asher who also happens to be a human groundhog, meaning his birthday is February 2nd.  He turned 5 today and was ready to assume his role as groundhog understudy. In addition, the proclamation by Jimmy would also be translated in Spanish and Hmong, The Mayor gave it in English first.

In addition, a groundhog costume was donated by  CJs Huggables.  Let’s watch this brand-new Prognostication ceremony, edited for Youtube time constraints. If you wish to hear the Hmong and Spanish translations, see the Sun Prairie BID video.

Jimmy predicted an early spring!  Because of the fact it was snowing, he did not see his shadow.

After the ceremony, people got a closer look at the new Jimmy and took pictures with the new costumed mascot, including me   🙂 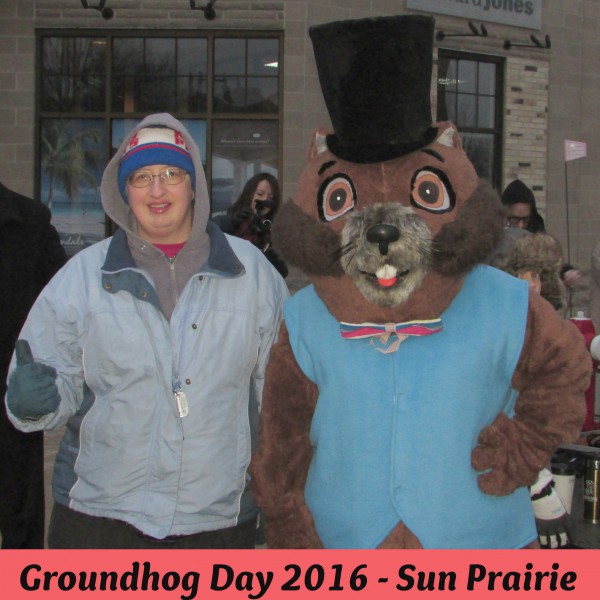 Because of what happened to the Mayor last year, the handler is no longer going to hold the live groundhog for a picture with you, only the costumed mascot. I am glad I got this picture in 2010. 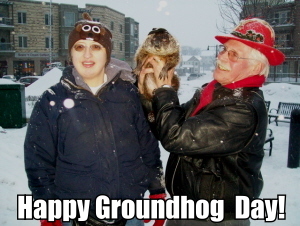 The Market Street Diner across the street was hosting a groundhog brunch and a rep from the post office was also there.  There is a special GH day cancellation each year (see top of page).

I had a real good time.   Sun Prairie created some new traditions for Groundhog Day that appear like they will continue next year.  Way to go Sun Prairie!

It appears Jimmy was right about an early spring.  The snow is now gone, we have had temperatures near 70 already.  Snowdrops were spotted growing at Olbrich Botanical Gardens. I saw them for myself on March 9.  Happy Spring!