Many trees in fact, grow in Brooklyn.  The village of 1,413 is a designated Tree City since 2013. Located in both Dane and Green County, it’s a great place to visit close to Madison and Oregon.  It was named Brooklyn by settler Hiram Capwell after he succeeded in luring the railroad to lay track through his property.

A historic bell can be found outside at the fire department.

Edmund Andrews, a prominent businessman from New York, had the house built in 1976. It is on 100 West Main.

Brooklyn used to be the site of the Capitol Chair factory, a stone building near the tracks behind the Edmund Andrews house. The structure still stands. 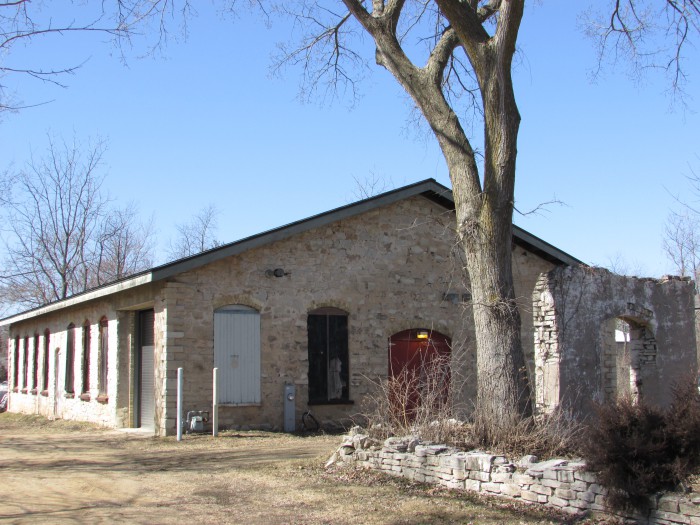 Downtown is the Brooklyn Jacycee Childrens Park, lots of fun for the kids!

Not far from here is the village gazebo near the tracks. 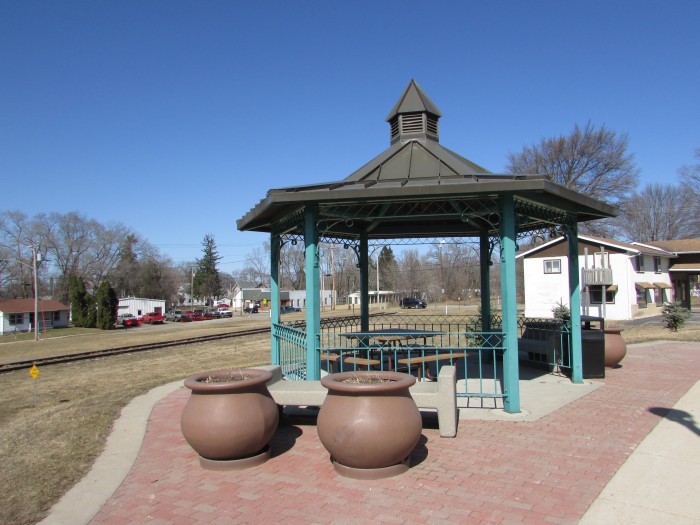 We also discovered the former blacksmith shop nearby. 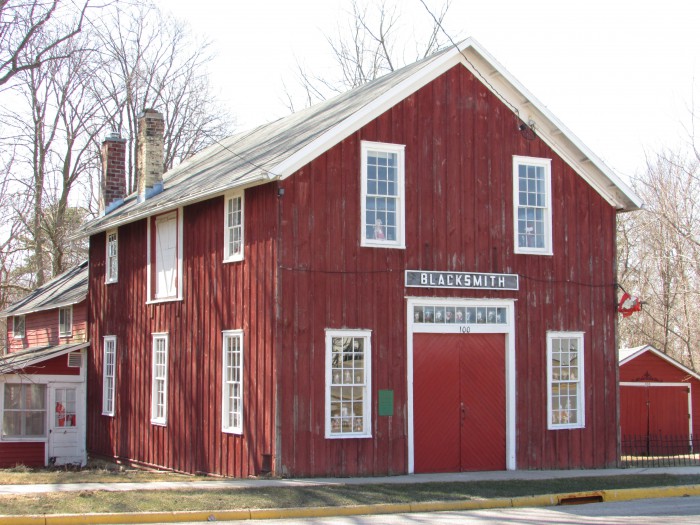 We tend to gravitate towards historic churches also. and the Brooklyn Community United Methodist Church has beautiful stained-glass windows. It was built in 1902. One of the ladies working there happened to see me admiring the church from the outside and invited me in to look around and to see the beautiful windows from inside. Thank you! 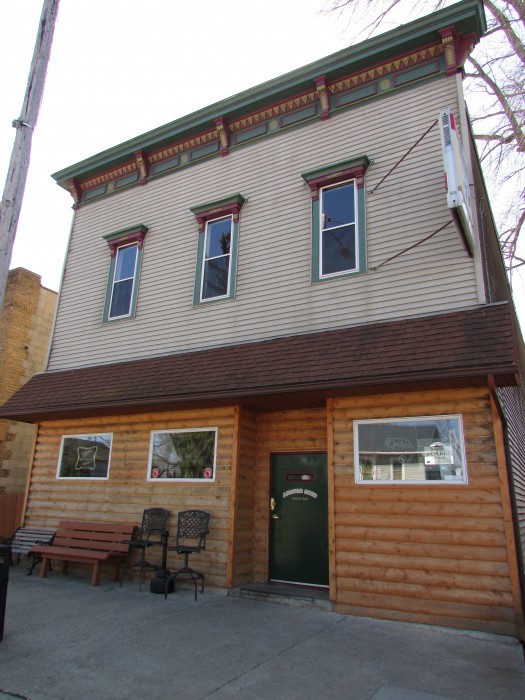 For a relaxing day in the country and lots of trees, come to Brooklyn!