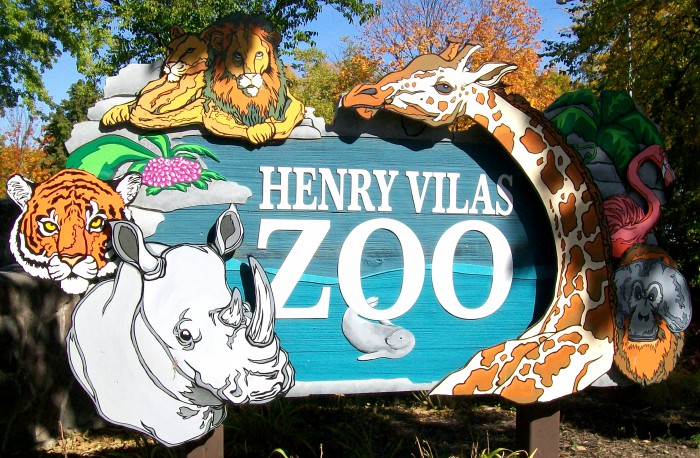 The Henry Vilas  Zoo is a rarity in modern times,  it is free to guests.  It is only one such zoo of 10 in the whole country that does not charge admission. This goes back to when Vilas Park was founded in 1904. The  zoo’s first animals were in 1911.  The zoo is named after William Vilas’s son Henry,  who died while still a child.  William wanted to give this gift of the park and land for the zoo for all children to enjoy.

Even though admission is free,  donations are encouraged and you can either donate online or through collection boxes scattered throughout the zoo.  Large donations have allowed the zoo to make some wonderful upgrades, especially the Children’s Zoo.  I went to this zoo as a child (and my Mom’s family) and it wasn’t as cool as this then. Another prominent family in Madison, the Rennebohms,  largely funded this beautiful zoo-within-a-zoo. 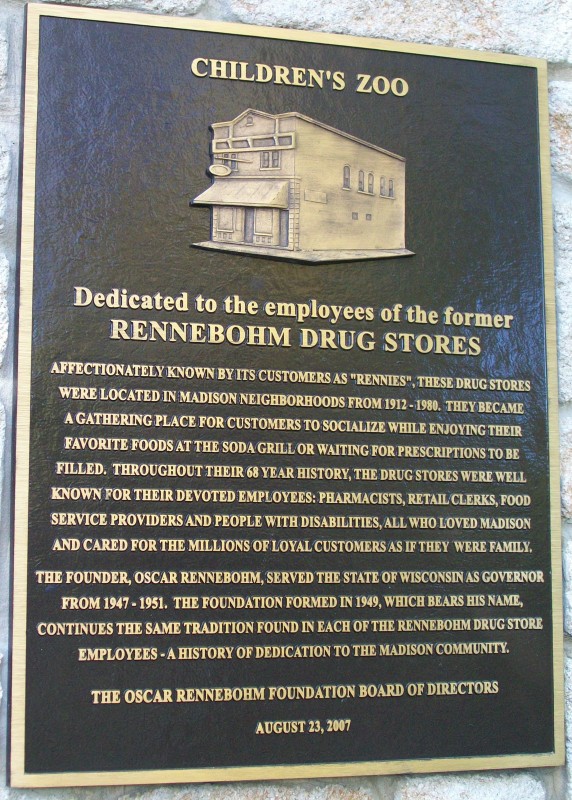 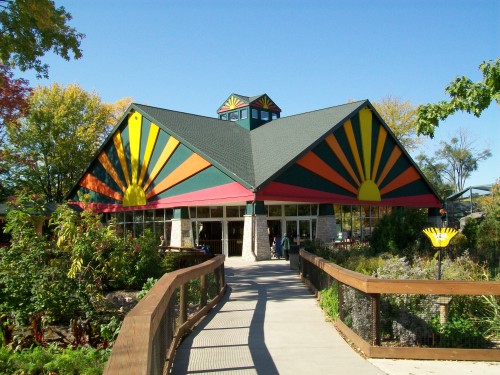 This is the indoor animal exhibit building. The Children’s zoo also hosts a train ride and an indoor carousel, available to ride with a small donation.  I especially love the carousel, as it is painted with scenes of Madison on the panels. 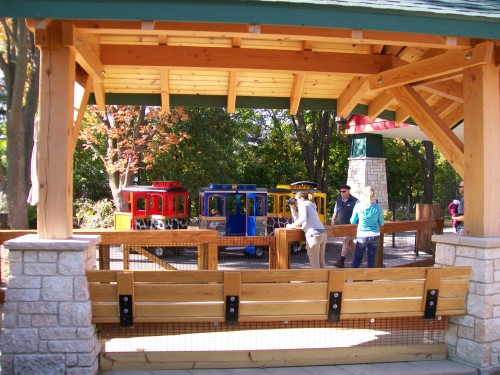 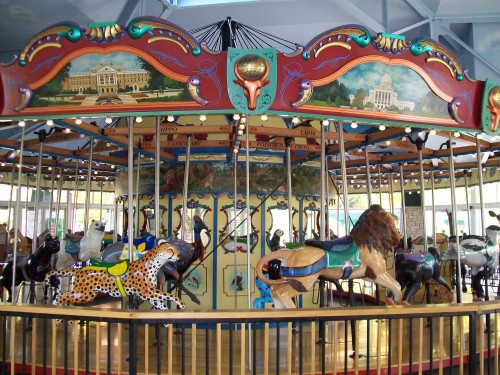 There is even a large play structure in the middle, it looks like it was part of a large tree. 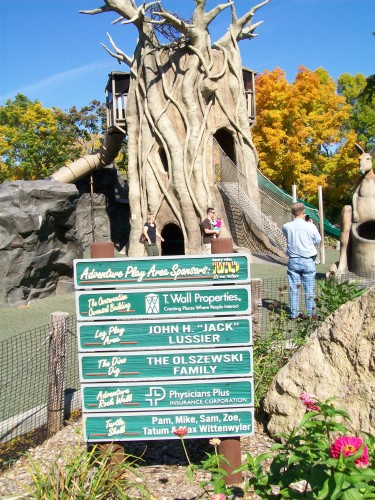 As we stroll through the zoo, you can see how well cared-for it is and the animals are healthy.

A favorite animal there is the pink flamingos. They were napping on one leg that morning. 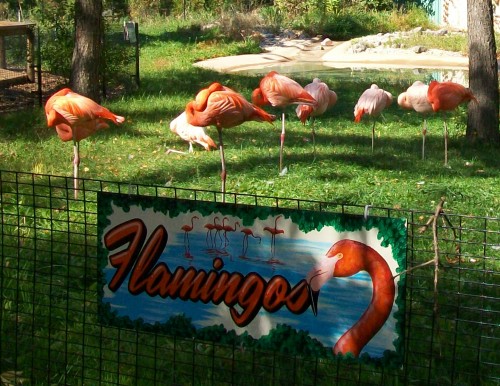 The penguins, cute as always. 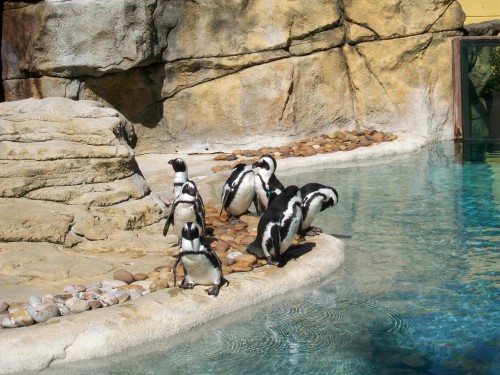 The giraffes, snacking on leaves in the warm autumn sun. 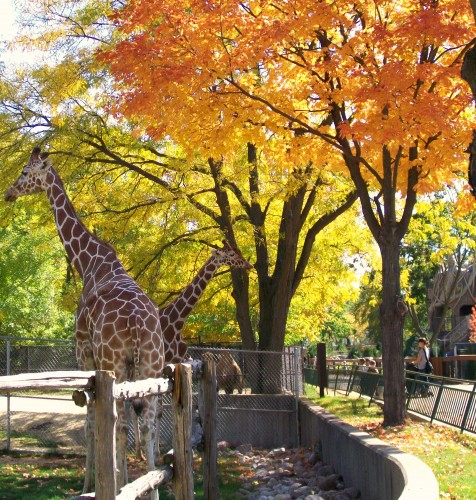 There is also a working windmill that pumps water for the rain garden. 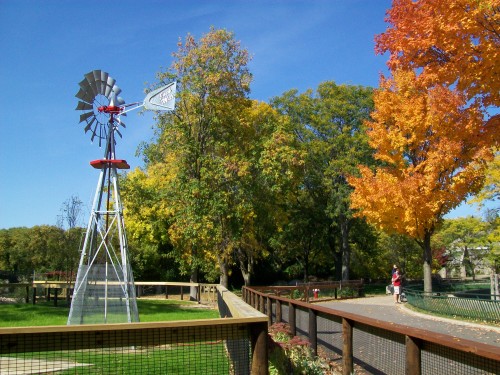 I had a great time, but realize I need to go back soon.  My last visit before today was in 2008 and I didn’t look through the whole zoo today.  In fact, there currently no bears here since the zoo is preparing for a new exhibit for them called Arctic Passage. They are in the fundraising stage at this point. 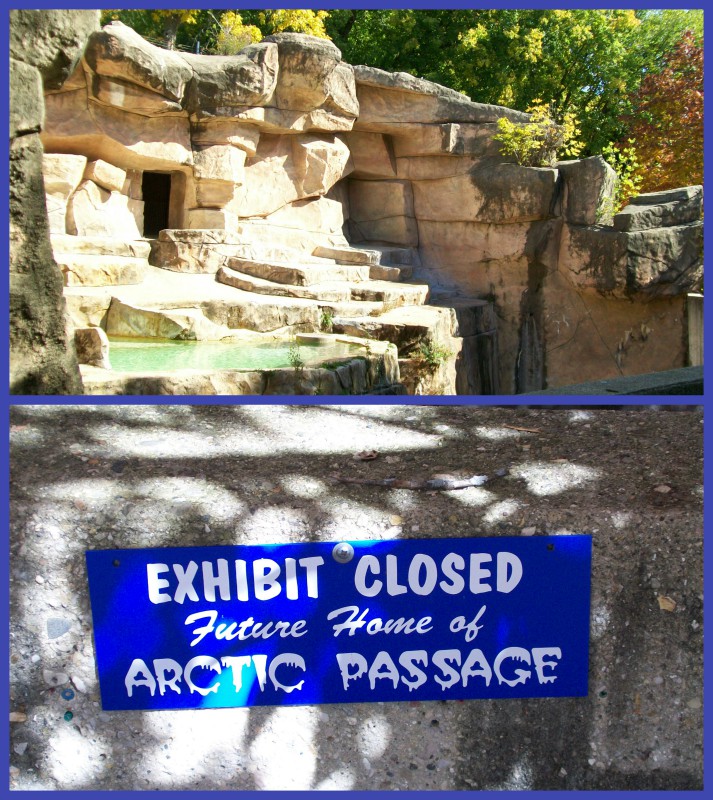 They also plan on building a new pavilion for visiting students to be educated by a professional at the zoo. 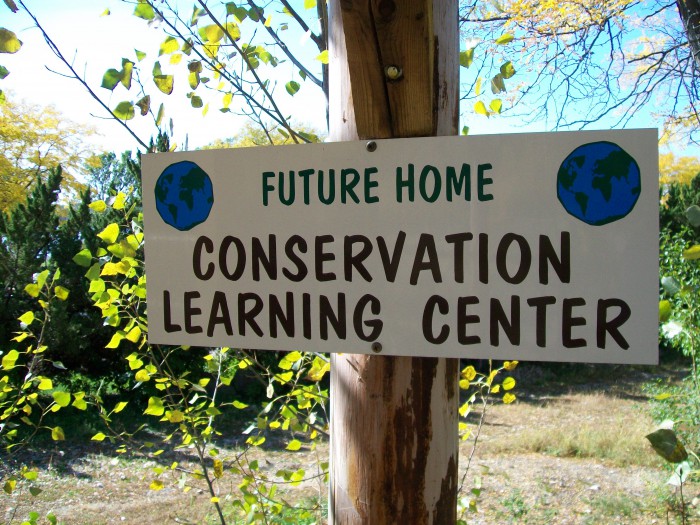 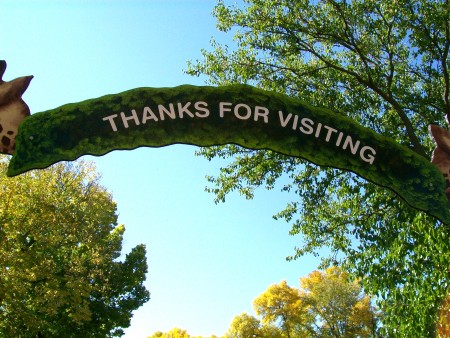 * Primate Freedom – Primates at the zoo.

5 thoughts on “The Henry Vilas Zoo – Free Fun in Madison!”