This plaque is on the backside of the trees, honoring the late Dr. Jack Styles Kammer. 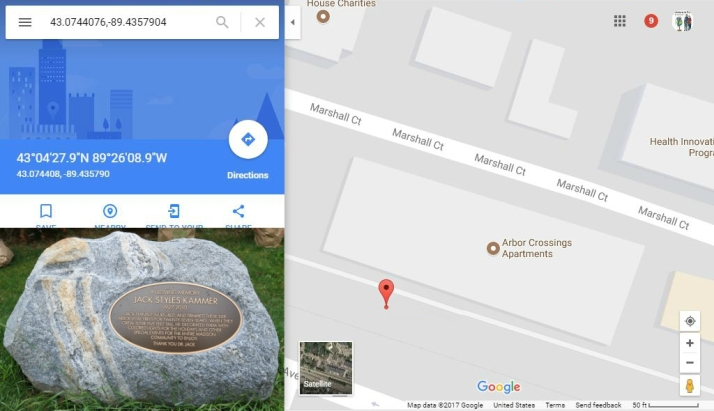 This great Madison tradition was started by the late Dr. Jack Kammer of the Center of Cosmetic Dentistry in Madison. He planted the 228 trees back in 1986. By 1996 they were large enough to decorate and they created a sensation on University Avenue on Madison’s West side.  He passed away May 13, 2010. The lights continue though, put up by volunteers.  His son Dr. Chris Kammer has continued the legacy.

Get the latest updates on Facebook. Easily make donations here. 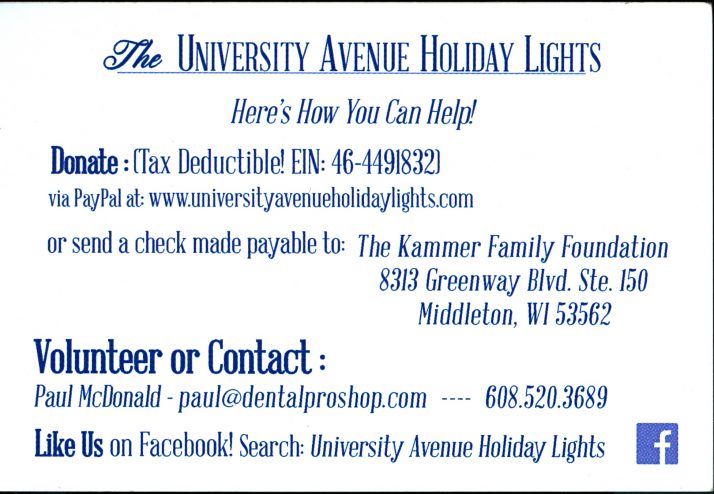 The first time I photographed these lights was in 2002.  There was an undecorated area in the middle with a lit American flag in the center, paying respect to the tragedy of 911 (now called Patriot Day).

We returned on 11-21-16 armed with my new Canon EOS Rebel T6i camera and took a long-exposure shot. 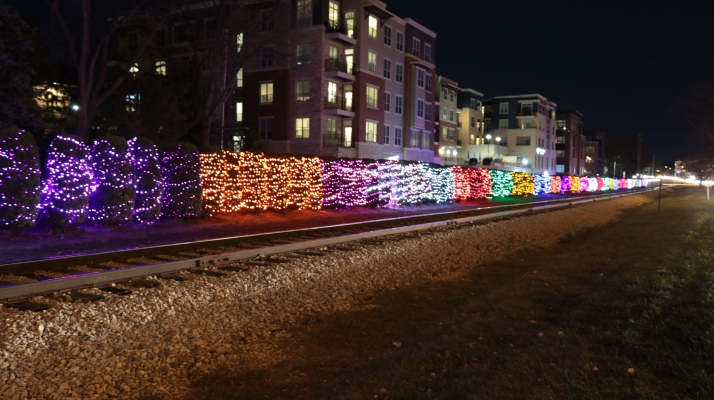